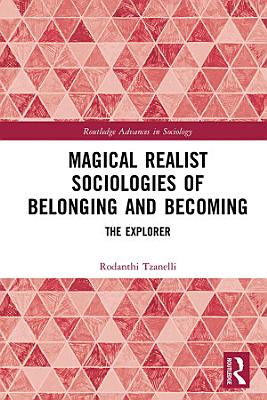 At the bottom of the sea, freedivers find that the world bestows humans with the magic of bodily and mental freedom, binding them in small communities of play, affect and respect for nature. On land, rational human interests dissolve this magic into prescriptive formulas of belonging to a profession, a nation and an acceptable modernity. The magical exploration is morphed by such multiple interventions successively from a pilgrimage, to a cinematic and digital articulation of an anarchic project, to an exercise in national citizenship and finally, a projection of post-imperial cosmopolitan belonging. This is the story of an embodied, relational and affective journey: the making of the explorer of worlds. At its heart stands a clash between individual and collective desires to belong, aspirations to create and the pragmatics of becoming recognised by others. The primary empirical context in which this is played is the contemporary margins of European modernity: the post-troika Greece. With the project of a freediving artist, who stages an Underwater Gallery outside the iconic island of Amorgos, as a sociological spyglass, it examines the networks of mobility that both individuals and nations have to enter to achieve international recognition, often at the expense of personal freedom and alternative pathways to modernity. Inspired by fusions of cultural pragmatics, phenomenology, phanerology, the morphogenetic approach, feminist posthumanism and especially postcolonial theories of magical realism, this study examines interconnected variations of identity and subjectivity in contexts of contemporary mobility (digital and embodied travel/tourism). As a study of cultural emergism, the book will be of interest to students and scholars in critical theory, cultural, postcolonial and decolonial studies, and tourism/pilgrimage theory.

Authors: Rodanthi Tzanelli
Categories: Social Science
At the bottom of the sea, freedivers find that the world bestows humans with the magic of bodily and mental freedom, binding them in small communities of play,

On the Genealogy of Critique

Authors: Diana Stypinska
Categories: Social Science
On the Genealogy of Critique intervenes into both contemporary academic debates on critique, and today’s mainstream criticism, by reflecting upon the relation

Authors: Michael Hviid Jacobsen
Categories: Social Science
This volume explores the nature of nostalgia as an important emotion in contemporary society and social theory. Situated between the ‘sociology of emotions’

Authors: Debra D Chapman
Categories: Social Science
In the spirit of Ivan Illich’s 1968 speech ‘To hell with good intentions’, the book takes aim at a ubiquitous form of contemporary ideology, namely the co

People, Care and Work in the Home

Authors: Tzanelli, Rodanthi
Categories: Social Science
This unique book considers COVID-19 as one pandemic amongst many, forming an episodic era of ebbing and flowing crises: the Virocene. Investigating COVID-19 in