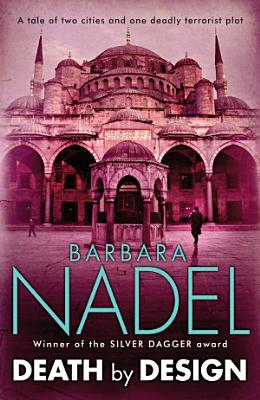 A tale of two cities and one deadly terrorist plot... Barbara Nadel's twelfth crime novel from her Inspector Ikmen series, Death by Design sees Inspector Ikmen tackling a complex case of organised crime in London. Perfect for fans of Lindsey Davis and Martin Walker. 'Add Inspector Ikmen and his motley crew to the growing list of outstanding fictional cops plying their trades across all parts of Europe and Asia, which have become hotbeds of police procedural excellence' - Booklist When the Istanbul police raid a counterfeit goods factory in the run-down district of Tarlabasi, a young man with explosives strapped to his chest blows himself up in front of them. In the process, Istanbul's Inspector Çetin Ikmen is injured. Documents found in the factory lead the authorities in both Istanbul and London to believe that a terrorist attack, in part orchestrated from the Tarlabasi factory, is about to be enacted in the British capital. Ikmen goes undercover amongst the Turkish community of North London, although what he uncovers there is certainly not what his British colleagues were expecting... What readers are saying about Death by Design: 'A brilliant, thought-provoking plot and one that has stayed in my mind ever since' 'For an understanding of the mind of the greedy and rapacious, and the fear, anger and hate that provokes and is provoked by terrorist activity, this book provides a marvellous analysis' 'Barbara Nadel is a favourite because of her well drawn, vivid characters and plots'